Live music is an inspiration. And thanks to a couple of great friends I ended up with incredible seats to an Elvis Costello concert. The seats were so good that I was inspired  to start sketching during the performance. I found a scrap of paper and did a few thumbnails and when I returned home, I built a more thorough study. This became a habit and when the planets align I create a rendering of the artist based directly on the performance I attended. 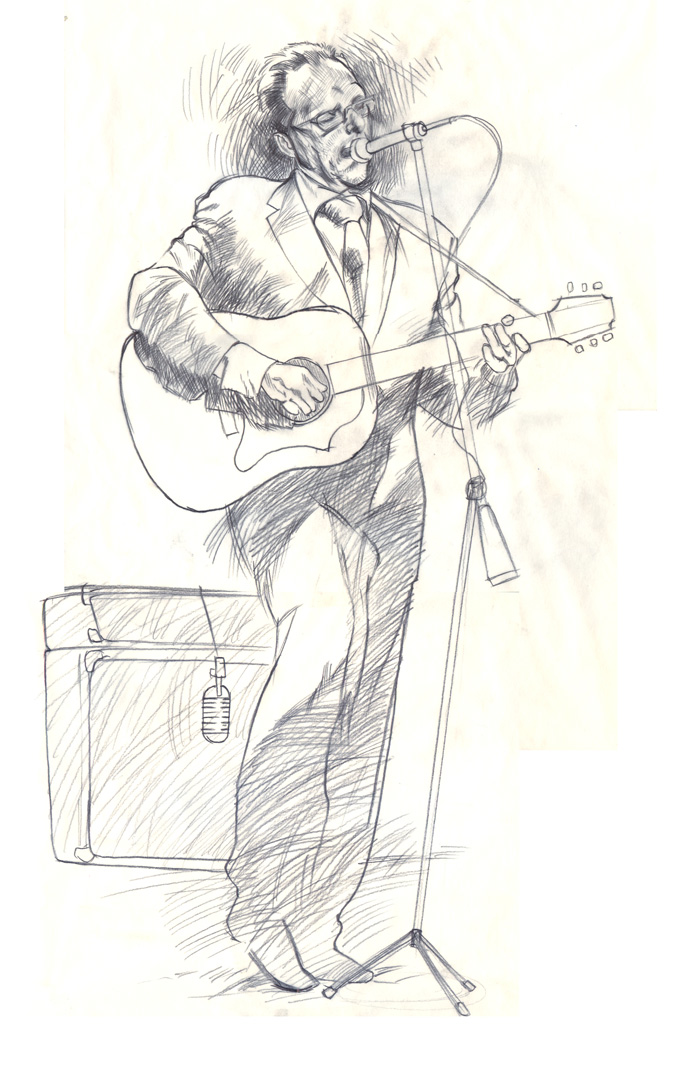 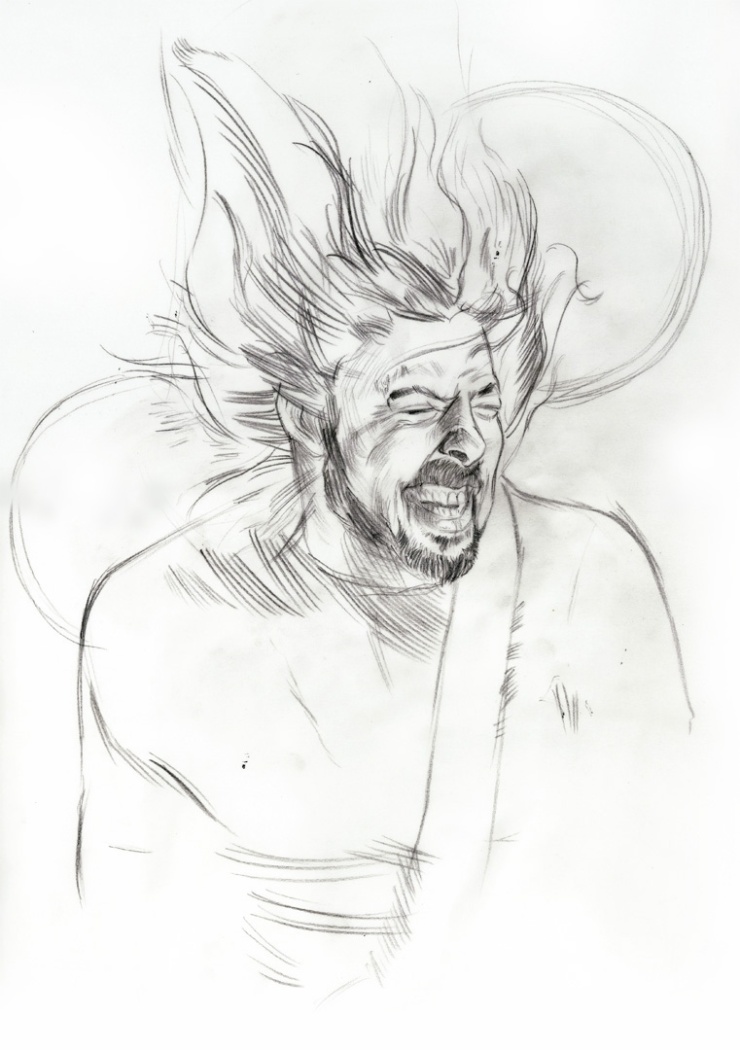 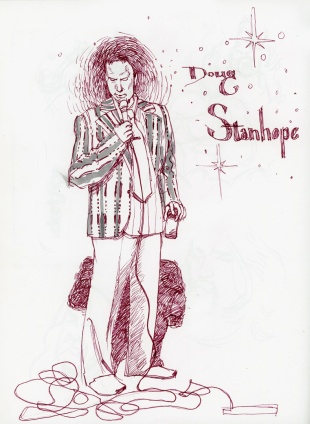 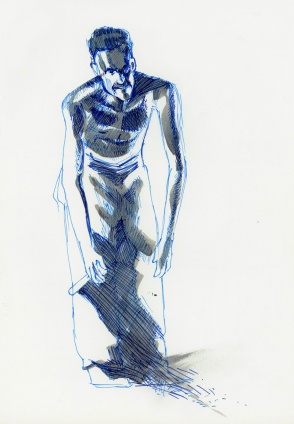